I’m an artist and programmer 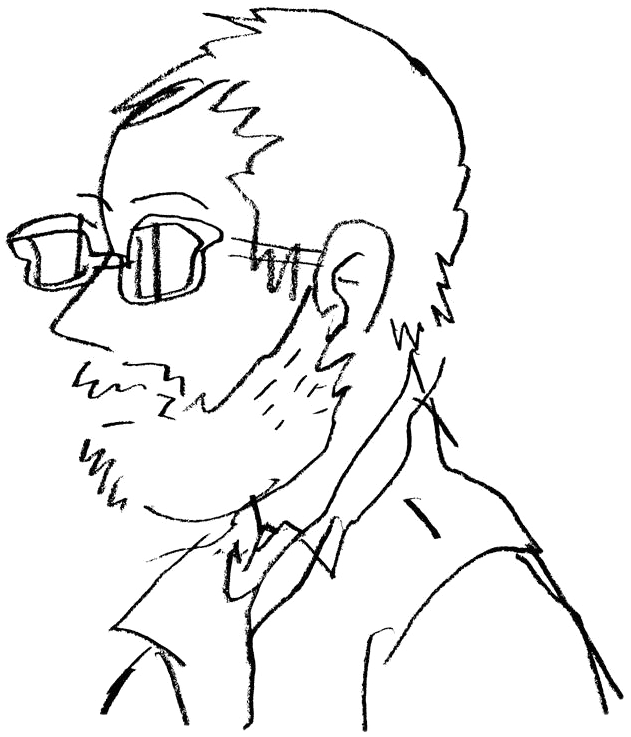 Portrait by
Sophie Yanowliving in Montréal, Québec, Canada. After spending my youth near the Harricana River in Amos, Abitibi, and my adolescence by the Richelieu River in Saint-Ours, Montérégie, I moved to Montréal to study animation film at the Cégep du Vieux Montréal. I then studied graphic arts at the Academy of Fine Arts in Warsaw, Poland, The Saint Lawrence
in Montréal
and the Vistula
in Warsaw
have a charm
that is decidedly
very different
from my first rivers. in the illustration studio of Prof. Zygmunt Januszewski and the animation studio of Prof. Hieronim Neumann. I produced and directed several short animation films that made the festival rounds from Beijing to Žilina, passing through Bergamo, Boston, Brisbane, Čačak, Kanazawa, Kochi, Nairobi, Ottawa, Paris, Rio de Janeiro, Sapporo, Singapore, Tokyo, Toronto, Třeboň, Whitehorse, Wrocław, and elsewhere.

I’m also involved in the Montréal independent comic book scene. My book Mélasse is published by L’Oie de Cravan and was nominated for an Expozine Independent Press Award. My drawings and comic book stories can be found in publications like Liberté, L’actualité, Planches, the collective edition of Ping Pong lead by Zviane at Pow Pow Press, and others.

In 2016, I fell in love again with mathematics and programming, two things that lain dormant in me since the joyful moments when I learned to program with HyperCard at the age of 15. The tools of “creative coding” such as p5.js and SuperCollider now allow me to unite my passion for the arts with my passion for writing algorithms and mathematical objects. I made this website to present these experiments.

Inspired by the values of the free software movement, I share all my programming work freely. Unless otherwise noted, everything on this site can be reused, modified, and redistributed, as long as certain conditions (detailed in the licences) are met.

You can contact me by email at “my two last names with no hyphen in between” @gmail.com, on Twitter, YouTube, or on GitHub for any questions, comments, or suggestions concerning my work or the various topics explored on this site. I’m always happy to listen and discuss.

If you enjoy my work, I invite you to support me on Patreon. Creating my art takes an enormous amount of time, and I happily share all my results online for free—supporting me thusly is a wonderful way to help me create and share my art even more. 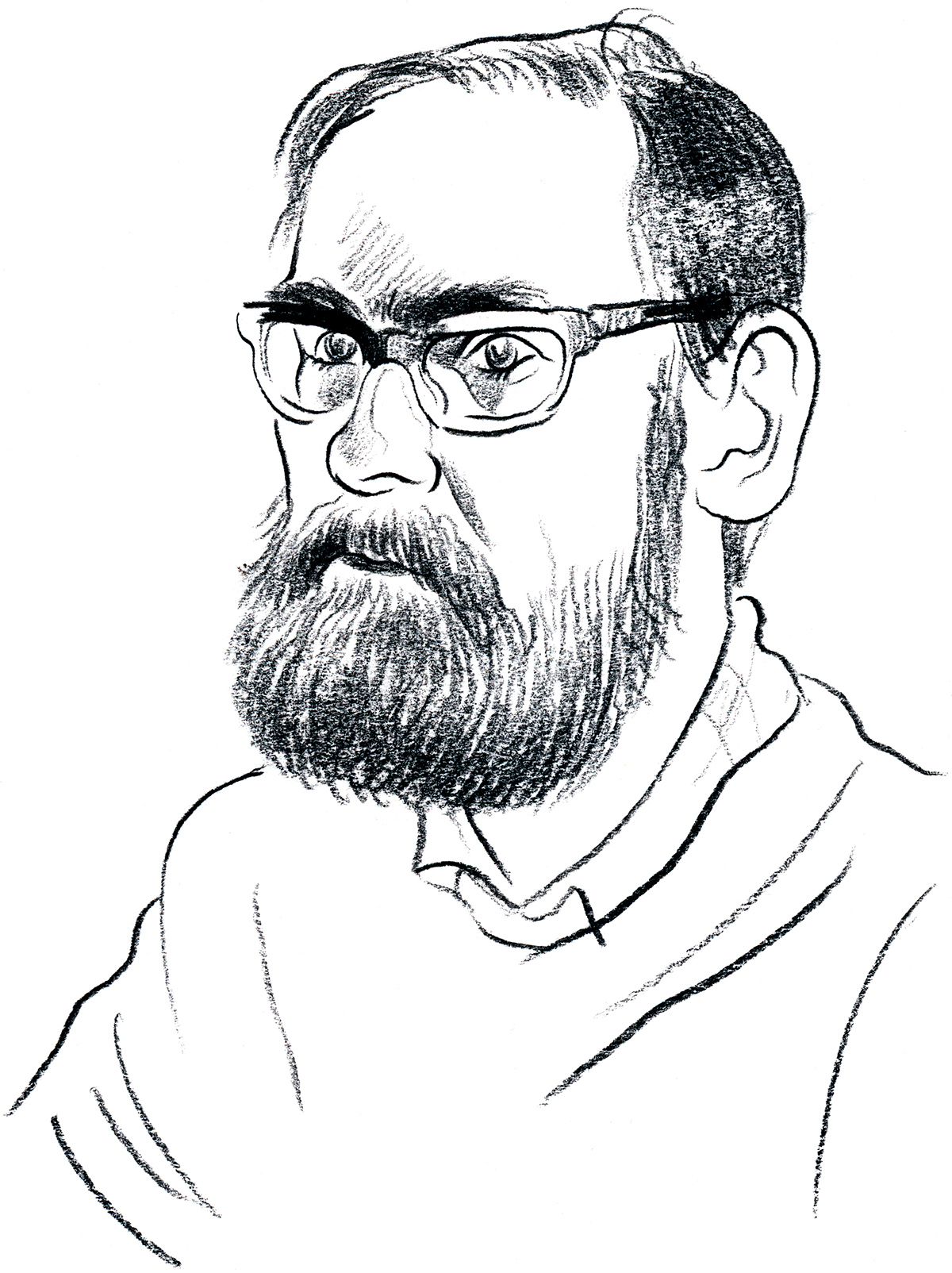 Portrait by
Maxime Gérin I developed a Node.js application that reads a database and outputs html content, generating all the files automatically. I created it because I wanted a lightweight static site generator with a few key features (like the possibility of easily managing a database of bilingual content), and I wasn’t satisfied by pre-existing generators. The source code for this application is on GitHub (along with the source code for this whole website). Prepare for
a complete lack
of documentation. The main module is maker.js. It reads the data inside the pages and blog folders and uses additionnal modules found in the formatters and node_modules folders. The mathematical formulas displayed on this site are formatted with the Mathjax-Node module and the syntax of code boxes is coloured with the Highlight.js module and with some extra custom code.

The typeface Typographical
credits used for the body of this site is Eb Garamond, a recreation of Claude Garamont’s original work as it appeared in a typographical specimen printed in 1592 by Konrad Berner. Eb Garamond was created by Georg Duffner and is distributed freely under an Open Font License sil. The typeface used to display code is Inconsolata, created by Raph Levien and also distributed under an Open Font License sil. The pixelated typeface used here and there is Silencieux, a port of Silentype, a typeface created by Sean McNamara. I created Silencieux to add French diacritical signs to Silentype. These two typefaces are both released freely under the same licence.

The css code for the margin notes is adapted from Tufte css, a project created by Dave Liepmann based on the design work of Edward Tufte. Tufte css is released under the mit licence. 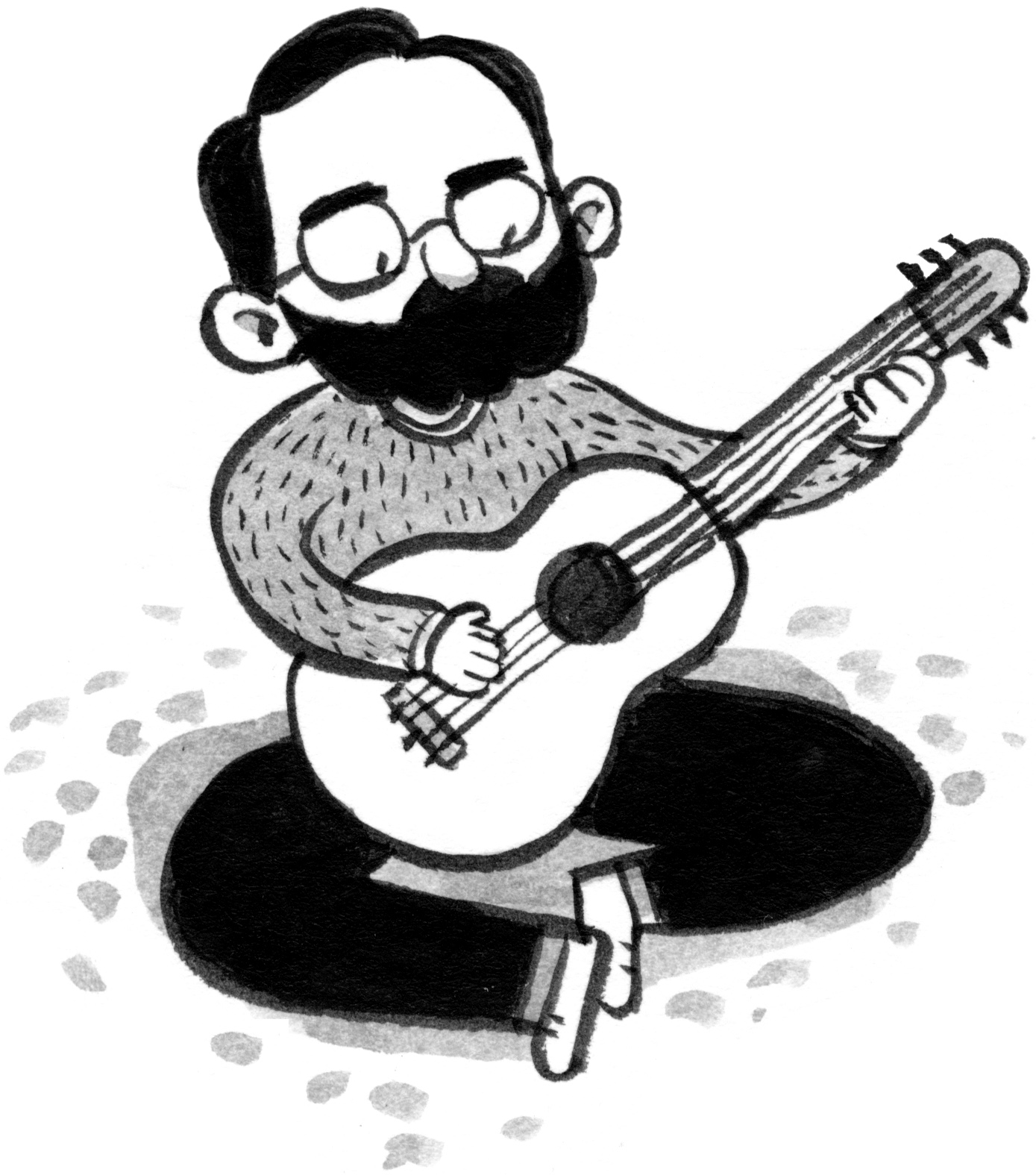